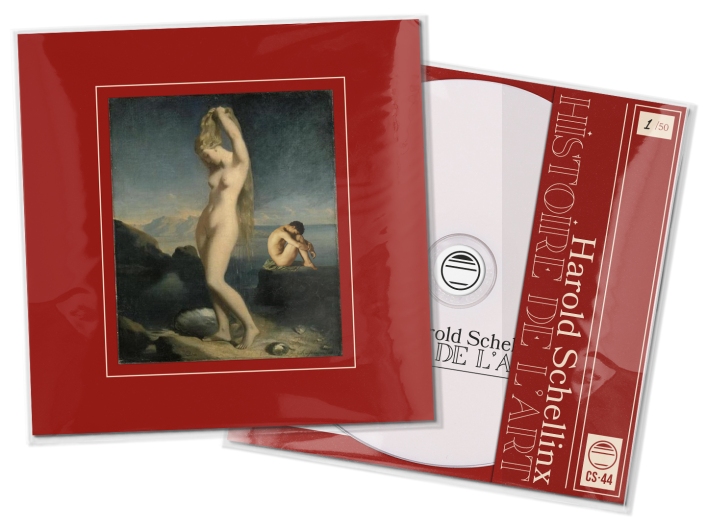 In the fall of 2018 a close friend of Harold Schellinx registered as an undergraduate student in art history at the Université Paris 1 Panthéon Sorbonne UFR3. As French is not her mother tongue, she recorded the many live-lectures she was attending with a dictaphone application on her iPhone, so as to be able to eventually re-listen to, all or parts of, some of them. During these lectures a substantial fraction of the students took notes, typing them on the keyboards of their laptops. The sound of this students’ note-taking-typing simultaneously made for a grand choir, a persistent and multi-layered mechanical whisper- and whimpering that lasted for almost all of a lecture’s duration. And every now and then from background it faded into foreground. That was during the snippets of time in which the lecturer halted her or his speaking, and kept still.

Harold Schellinx was given access to these recordings from which he then removed all of the lecturers’ words. What was left is this amazing ocean/rain-like sound, as of a thousand electric insects, nibbling and singing in unison, brought forth by many, many laptop keyboards’ hi-speed rattling, while capturing the words spoken by the art history lecturer in some or other digital text file. And this typing choir moreover comes interspersed with environmental sounds, of students moving, coughing and sneezing, especially in those lectures that took place in the early days of the corona pandemic, shortly before confinement and hence before the university’s classes moved from physical rooms to virtual zooms.

“Histoire de l’Art” cdr, out now on Coherent States, is a history lecture without the history parts. It is also an audio record that documents an interesting analogue-to-digital data-transfer process: the lecturer speaks words; these combine into phrases, that are heard and understood in some form or other by the students; in their heads they re-combine and most of the time also re-interpret these words; into different phrases and words, the letters of which they then one by one transfer to their laptop’s memory by hitting the corresponding keys on their computer keyboard, to save their understanding of the lecturer’s teaching as a digital text file. That is what this album makes you hear. That is “Histoire de l’Art”.

Harold Schellinx is an artist, writer, improvisor and creator of unusual music. Apart from being a member of The Young Lions and several other post-punk bands in the late 70’s, he was one of the first people who initiated the ‘Ultra’ movement (the dutch version of what internationally became known as ‘post-punk experimental pop music’) and also co-founder, editor and London correspondent of the dutch modern music magazine ‘Vinyl’. Schellinx studied formal music and computer assisted composition at the Institute of Sonology and mathematics and its foundations at the University of Amsterdam. He has been a mentor to many significant pioneers of industrial music of the 80s, like Nigel Jacklin and his Alien Brains project, of which he was also a brief member. A dictaphone experimentator, member of the eclectic media duo ‘ookoi’ and curator of the online ‘found tapes exhibition’. He is a member of the Paris based electroacoustic improvisation quartet Diktat whose “Tour De Force” (CS-7) was released by Coherent States back in 2016.