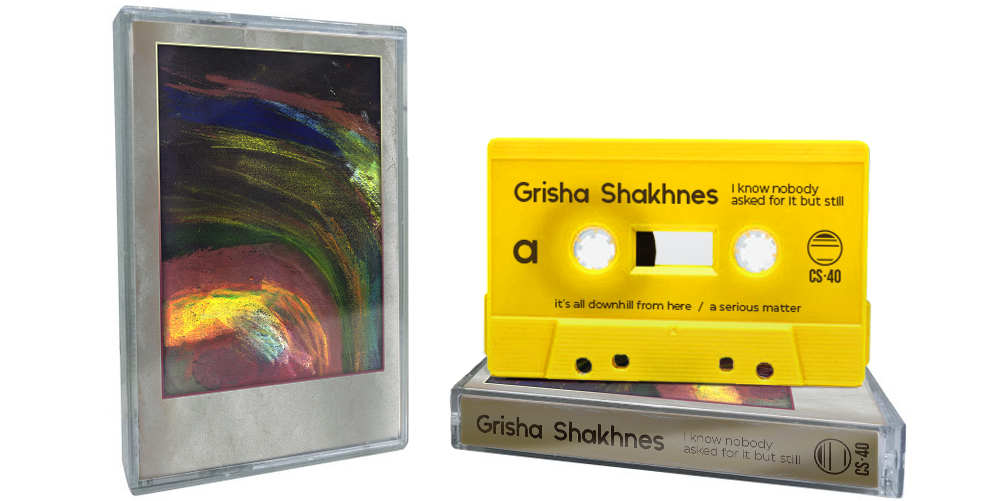 An interesting thing that usually happens while discussing about sound art, especially referring to whether field recordings can be defined in terms of music, is that either the other party will understand exactly the topic of the discussion, or they will not get it at all.  But, despite the possibility of both cases equally engaging in the conversation, the joy of interacting with people that belong in the first category is always greater, since you do not need to explain in more than two words exactly what kind of music an artist like Grisha Shakhnes makes.

In the “I Know Nobody Asked For It But Still” cassette, out now on Coherent States, Grisha Shakhnes carefully manipulates, alternates and evolves the sounds he chooses to capture in such a way as to create his own very music environment, invoking quiet feelings of warmth for a particular  audience open to experience them. The effortless recognition of the sound sources by the listener, while expected in an album based in field recordings, remains a complementary part of the listening experience and not the main substance of Grisha’s compositions. Do we hear someone playing the guitar in a downhill avenue in late afternoon though? What are these night sounds on “a serious matter”? And whose are these haunting voices in “the works”? And are we sure that nobody asked for it in the first place?

Grisha Shakhnes is a Russian-Israeli composer & sound artist, residing in Tel Aviv. He started making music as Mites, only to release the debut LP under his own name, and one of the most important field recoding records of the last decade, “Leave/Trace”, on Jason Lescalleet’s Glistening Examples label. He runs the label Disappearing Records where he puts out limited and handmade editions of his music on cassette.