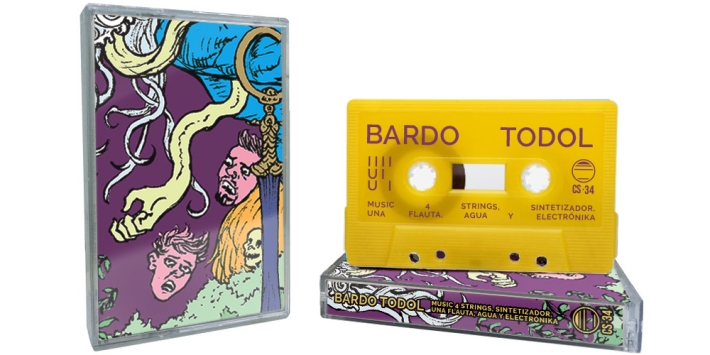 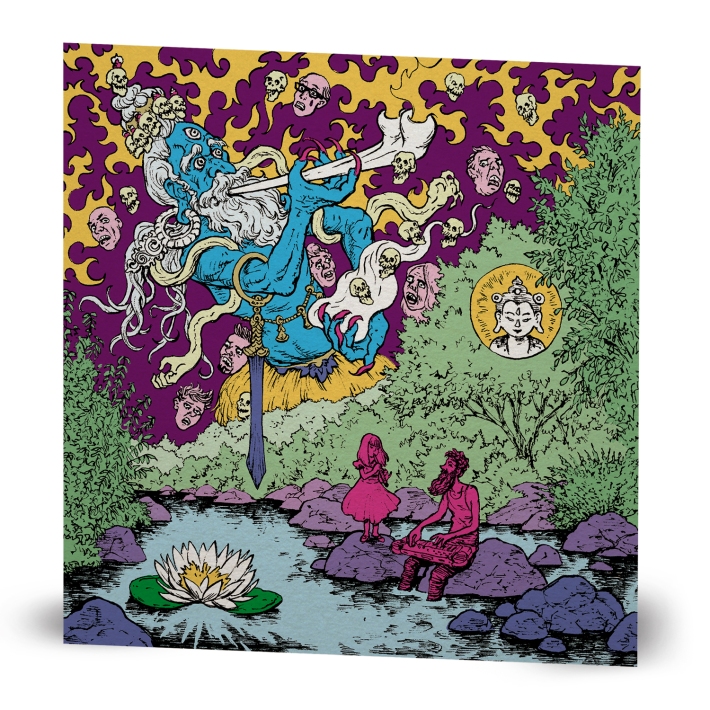 Bardo Todol are Pablo and Nico Picco, an Argentinian duo whose diverse set of musical ideas claim their own territory in the wider area of contemporary experimental music. The use of repetition -a generally common compromise in creating lengthy and abstract compositions- is absent in the various aural incidents that take place in the album, descriptively titled “Music 4 Strings, Sintetizador, Una Flauta, Agua y Electrónika”. Like a game in nature and far from the idea of industrializing a harsh and specific sound, Bardo Todol return to the forested surroundings of their hometown and actually participate in a ritual with the natural elements of the area. The project is characterized by the ingenious mixing of many different sounds on two sides of a cassette. Running water and field recordings, distorted voices that fade away into the depth of sound, synthesizers and loops, strings from the bowels of a cave, whistling, the flute and, primarily, the aural interconnection between them, co-create a unique audio document wrapped in the most astonishing painting by Frank Vega and once again finds Pablo and Nico returning to their favorite river stream in the town of Saslsipuedes in Cordoba, while seeking their spiritual path to peace and liberation. For those keen on references, a good way for us to describe the new music of Bardo Todol would definitely include the Japanese version of “The Beauty Bath” by Aaron Dilloway if it had violently broken its way into Francisco Lopez’ “La Selva”.